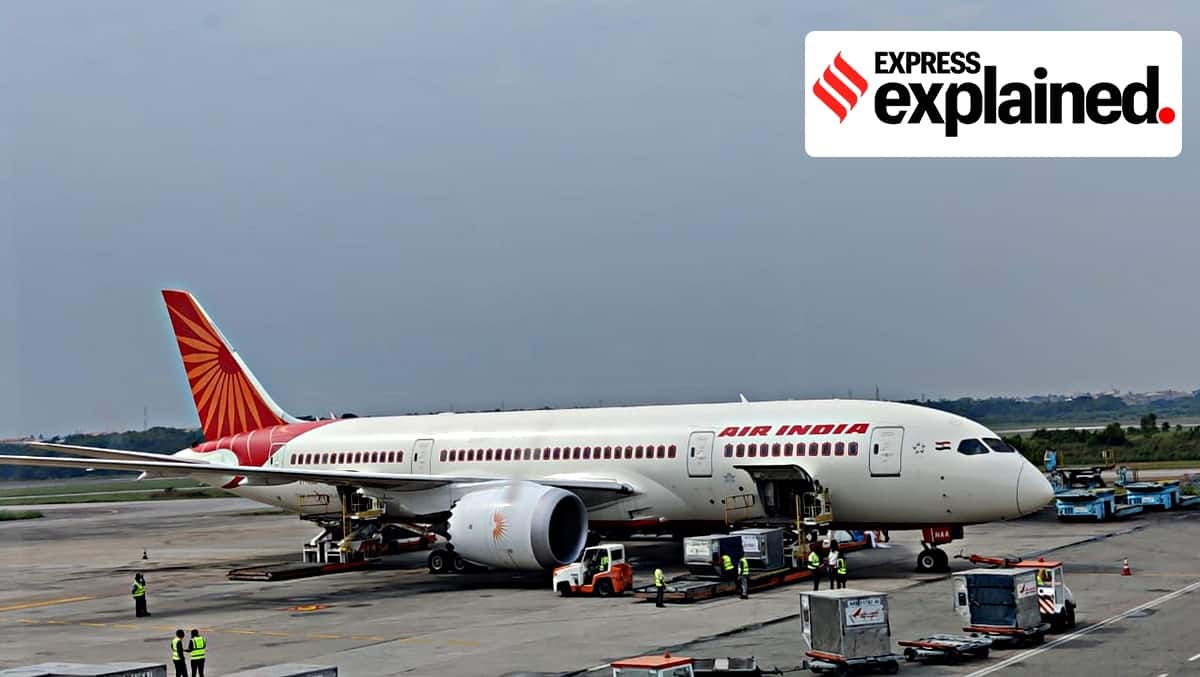 This is the government’s second attempt at disinvesting its stake in Air India. (Source: Air India/Twitter)

The Centre has said that it has received “multiple expressions of interest” for Air India, including a bid from Tata Sons, and one from a consortium of the airline’s employees and the US-based investment firm Interups Inc.

The deadline for submission of formal bids closed at 5pm on Monday (December 14). The government is likely to notify the qualified bidders on January 5.

This is the government’s second attempt at disinvesting its stake in Air India. The earlier attempt in 2018 ended badly, after not a single bid was received for the debt-laden airline. 📣 Follow Express Explained on Telegram

On the earlier occasion, the government had put up 76% stake for sale along with a portion of its debt.

A source with knowledge of the matter said the Tata Group has submitted an official expression of interest for the airline. The bid has not been placed through one of its affiliate airlines — Vistara or AirAsia India, the source said.

The other confirmed bid has been jointly placed by a consortium of Air India employees and Interups, the chairman of the investment firm, Laxmi Prasad, told The Indian Express.

The bid proposes to give 51% stake to the Air India employee association, which includes 219 staffers, including some board members, and 49% stake to Interups Inc, which will act as the financial partner.

“Multiple expressions of interest have been received for strategic disinvestment of Air India. The transaction will now move to the second stage,” Secretary, Department of Investment and Public Asset Management, Tuhin Kanta Pandey, said in a tweet.

The plan to have participation from the airline’s employees was put in motion by Air India’s commercial director Meenakshi Mallik, who wrote to nearly 20,000 of the airline’s staff seeking participation in the disinvestment process. Some employee unions, however, had advised their members against participating.

During this attempt, the most significant change made by the government in the terms of bidding was that it allowed potential investors to bid on the basis of enterprise value, effectively allowing the bidders to determine the debt level they would want to take on.

Air India had current liabilities and provisions, including short-term loans and trade payables of Rs 70,686.6 crore and a net debt of Rs 58,255 crore at the end of 2018-19. Thereafter, the government has transferred Rs 29,464 crore of this debt from Air India to a government-owned special purpose vehicle, Air India Assets Holding Company Ltd.

Going ahead, the entities that have submitted the expressions of interest, will need to submit physical bids by December 29, and the qualified interested bidders will be intimated on January 5.

For all the latest Explained News, download Indian Express App. 7 Creative Ways to Earn or Build Links to Your Site via @sejournal, @JRiddall