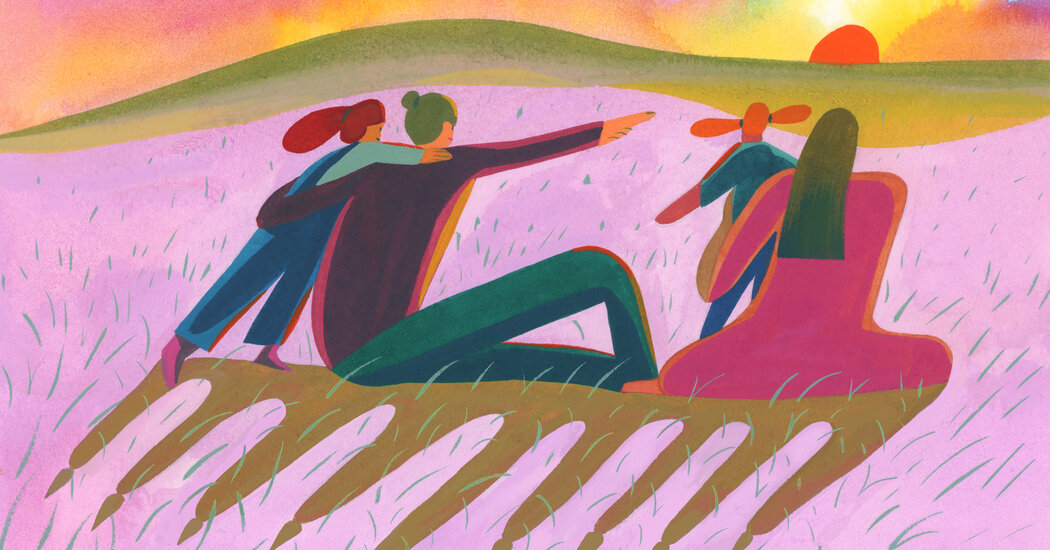 Growing up, my sister and I ate our Hanukkah latkes next to stockings our mother had cross-stitched with depictions of Santa. The white flickering light from the menorah’s candles mixed with the glow of colorful electric lights on our locally cut Christmas tree, decorated with tinsel and Stars of David. Celebrating two holidays at once was normal and a joy. But I’m making different choices with my own children, who won’t grow up with Hanukkah at all.

My sister and I never attended religious services for any Jewish or Christian holidays, but we were still raised with religion. My family attended a Unitarian Universalist meeting house where it was common to celebrate multiple religions’ holy days. We looked forward to the annual Festival of Lights, where each room of the building had a different activity set up: Kwanzaa candle dipping, gingerbread house decorating, reindeer craft making, dreidel spinning, Yule wreath building.

My father’s Jewish tradition only appeared at Hanukkah for the American “holiday season.” We didn’t celebrate Passover or Rosh Hashanah or any other Jewish holiday as a family. In contrast, my mom’s Catholic upbringing emerged not only at Christmas, but also for Easter, though that was only about eggs, bunnies and the resurrection of spring, not Jesus.

We celebrated every holiday secularly, like Halloween or Thanksgiving 一 except Hanukkah. Each of those eight nights we’d recite the Hebrew prayer about God while lighting the menorah. We memorized the syllables and repeated them, but they had no meaning to us and my parents didn’t expect, or want, us to believe what we were reciting. We were trying to honor my dad’s heritage, but it wasn’t a custom he truly wanted to hold on to.

Ms. Prager goes on to explain that, now, she and her wife identify as “nones” — people with no religious affiliation — and that they raise their children celebrating Christmas and Easter, but not in the context of religion:

I respect the incredible value of keeping traditions alive, especially those that centuries of persecution have sought to erase. But while I have more of a connection to Judaism than some, I am not Jewish and it doesn’t feel authentic to celebrate a Jewish holiday religiously. My kids may end up playing dreidel sometimes, but they won’t learn the prayer that begins Baruch atah Adonai, sacred words that are nonetheless empty to them.

Discontinuing my family’s Hanukkah celebration fits right in with our family’s tradition of bucking tradition. Most families do this in some way, even if just adjusting the Tooth Fairy’s gift for inflation. As a queer person, I know my kids will grow up alongside other children whose families created their own way of doing things because the old way hurt or didn’t fit.

Pride in June is my favorite holiday, but this year, the first as our completed family of four, we couldn’t go to a parade. I missed that much more than any holiday rooted in a religion that isn’t mine. I hope that the balloons, floats and rainbows that typically mark its celebration will be a special part of my children’s memories as they grow, and that they anticipate our invented Pride Fairy’s gifts as much as the Easter Bunny’s.

Teach Writing With The New York Times: Our 2021-22 Curriculum

Unit 1: Documenting and Reflecting on Teenage Lives in Extraordinary Times