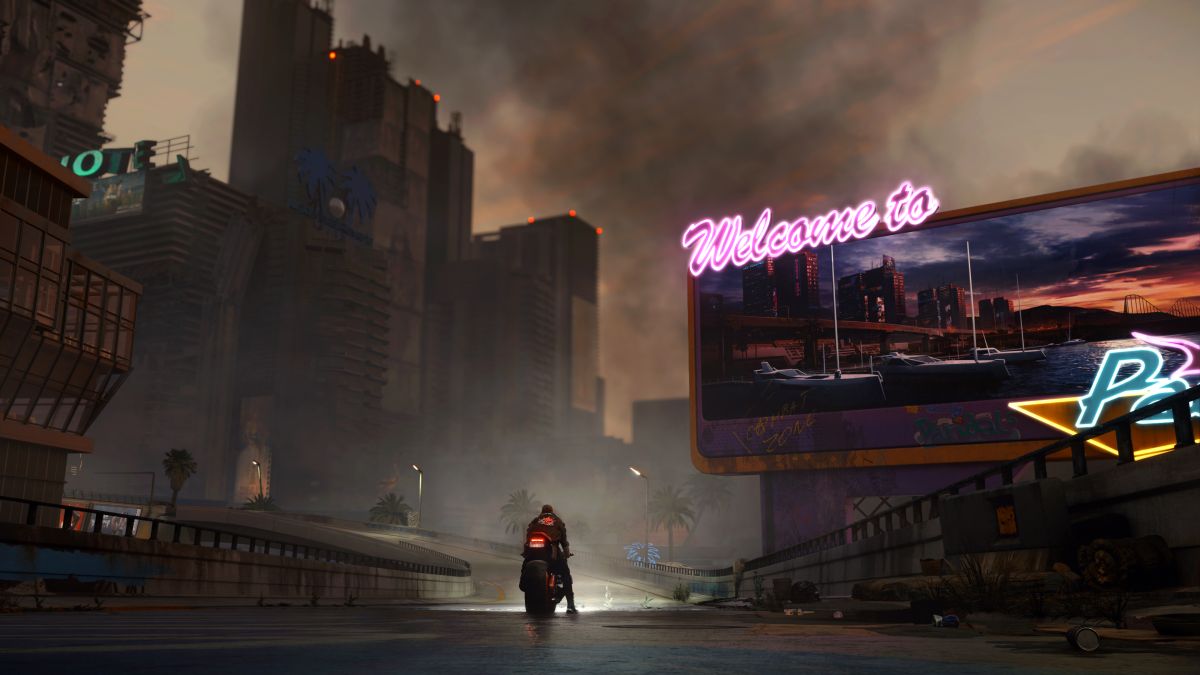 Cyberpunk 2077 is one of the biggest game releases of 2020, and its ray-traced realistic visuals and (somewhat) open-ended gameplay has led to record numbers of gamers taking to the Night City in the days following its launch – and now, it’s set to get even more immersive with Microsoft offering a free trial of Dolby Atmos for players.

Available via the Microsoft Store, you’ll need to download Dolby Access to start your free trial of Dolby Atmos for Headphones; it works with Xbox Series X, Xbox Series S, Xbox One, or a Windows 10 PC, and it’s only available for free this weekend (December 11 – December 13).

Hear Night City come alive like never before with Dolby Atmos for Headphones, giving you a richer, more powerful, more immersive Cyberpunk 2077 experience.Try it for yourself, free this weekend only. https://t.co/EypGamyJCpDecember 10, 2020

Get the best Xbox Series X deals before anyone else!

Send me details about other relevant products from Techradar and other Future brands.

Send me details about other relevant products from third parties.

No spam, we promise. You can unsubscribe at any time and we’ll never share your details without your permission.

Microsoft says that playing in Dolby Atmos lets you “immerse yourself in a more intense gaming experience that brings pinpoint precision, crystal clarity and hair-raising realism to the megalopolis so you can get the full experience of Cyberpunk 2077 and build your legend on the streets of Night City”.

Usually $15 (about £11 / AU$20), Dolby Atmos for Headphones is also supported by Call of Duty: Warzone, Ori and the Will of the Wisps, Borderlands 3, Forza Horizon 4, and more, as well as some TV shows and films on Netflix and Amazon Prime Video.

Why bother with Dolby Atmos?

Dolby Atmos is an immersive audio format that works by adding height to the otherwise-flat soundstage of home cinema and gaming audio set-ups.

As well as adding height to the audio mix, Dolby Atmos introduces the concept of object-based audio – the idea that elements of a film’s soundtrack (like a helicopter passing overhead) can exist as their own individual item in the audio, rather than as part of a channel mix, allowing them to be placed and moved around a scene in a way that more naturally mimics real life.

In other words, as you watch the helicopter onscreen, it will sound as though it’s really flying above you.

True Dolby Atmos setups in cinemas rely on huge overhead speaker arrays, but the technology has made its way into the home thanks to clever soundbars and speakers with upfiring tweeters that bounce audio up to your ceiling and back down to your ears.

It’s even available on headphones now, and while you may find this virtual object-based surround sound isn’t quite as natural-sounding as the real deal, it can still be very convincing.

Dolby Atmos for Headphones is what Microsoft’s offering here for Cyberpunk 2077 players, and could really enhance your gaming experience as you traverse the far-reaching RPG – and it may just make up for the unruly animations and glitches that have plagued the ambitious game so far.