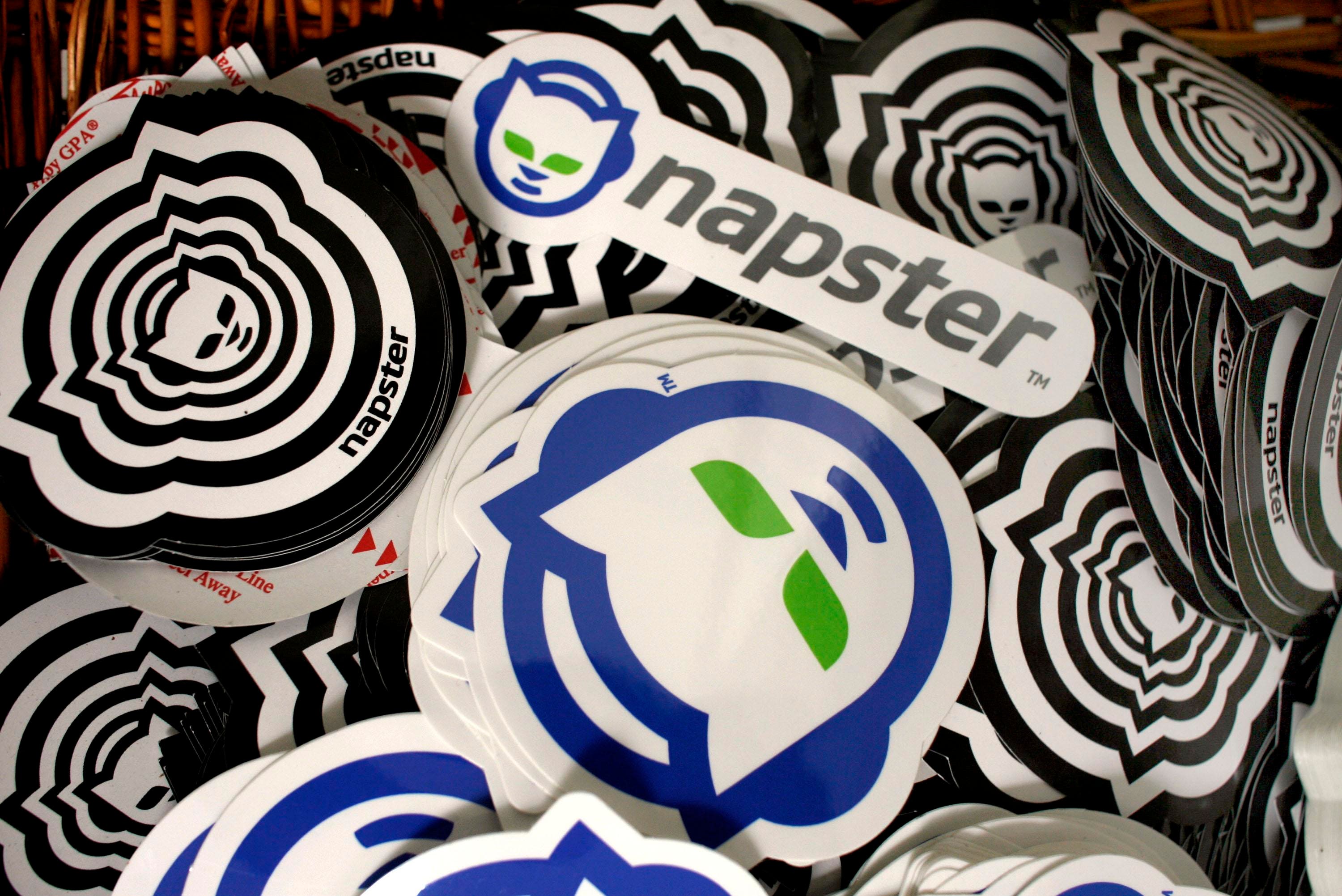 Napster conditioned us to expect free content from the internet, and now we’re subjected to the privacy violations of online advertising because of it. Napster, a music-streaming service founded in 1999, allowed a whole generation to discover music on the internet when it didn’t require a credit card. That blissful experience, compounded with the reluctance of other industries (especially print) to subsequently acknowledge (let alone dignify) the threat of the internet in a timely manner, led to the prominence of the ad-based revenue model that we tolerate today.

That famous scene in The Social Network—the 2010 drama about Facebook’s founding—when Sean Parker, one of the co-founders of Napster, woos Mark Zuckerberg with sushi and advises him to remove the “The” from Facebook’s name was a collision of two figures who would come to determine our experience of the modern internet. Immortalized on screen, one of the Napster co-founders who informed consumer behavior through piracy intersects with a social media prodigy, who then builds on that legacy of illegality with the most prominent ad-based platform in human history.

Paywalls and subscriptions are reasonable solutions, but they have to provide exceptional value in this current media environment to be competitive. It’s disturbing to consider how costly these ad-based platforms are; while it’s more difficult to attribute election interference and online harassment to an ad-based model, it’s well-established that the lackluster quality of online content is a direct result of dirt-cheap ad rates.

The larger point is how predetermined this ad-based internet was. As previously established, the foundation of the modern internet had been set by apps like Napster before Facebook or Twitter ever came along. And as a result, the house of consumer behavior faces only one direction now because the concrete was poured by pirates.

Not to be cynical, but no matter how many podcasts Jack Dorsey mopes on or how many times Mark Zuckerberg coddles Holocaust deniers, their actions and their policies are predetermined by their business models. Again, like concrete, the framework that informs our experience of the internet is set. We have to reckon with the fact that we, the users, are now products; we are exchanged as data for dollars. We can clutch pearls all we want about the NSA pinging cell phone towers to track our metadata, but unless you’re a conspiracy nut, you should recognize that they do this to protect us.

Private companies that buy and sell our data are parasitic leeches that thrive on the host of our indifference. They are the cockroaches in the basement of the house that piracy built. And while the immediate drawbacks can be anecdotally problematic, the intensity of our concern is disproportionate to how easy it is to cancel a compromised credit card. There’s no immediate equivalent to “buckle up so you don’t fly through the windshield,” but there are scenarios that get pretty grim in the short-term, especially when you factor in facial recognition and physical tracking.

We may be in a strange transitional period where we don’t have an immediate “fly through the windshield” scenario to prompt the mainstream into taking action (Cambridge Analytica only had overtones of that), but things are bound to take a more drastic turn in the future. For now, most privacy concerns are hard to mistake for anything other than vanity. Shake them up with a narcissism that is both youthful and American, and you have yourself a toxic cocktail. One sip and you get Twitter, two sips and you get Tik Tok. Swap out Millennials for Gen Z and you get Cancel Culture.

What people really want and need right now is a sense of agency when it comes to who has their data and what they can do with it. Easier said than done. Due to the faulty foundation of these homes that piracy built, the byzantine privacy settings in these apps are designed to maximize revenue. While I’m sure that there have been iterations that have addressed the public outcries, they’re the UI equivalent of crocodile tears; they gesture toward a need for transparency while still making it easy to collect the data that they need to be profitable.

No one wants to read through dense legalese, and no one should have to—not even paralegals. In time, a new generation of entrepreneurs will have to reset what we’ve been conditioned to accept. For now, all we can do is take a deep breath, but we can’t even do that because asbestos particles are floating down from the ceiling in this house that piracy built.

This death trap is a teardown. It’s time for us to move.

Theo is the co-host of Techlash. This week’s guest, Pierre Valade from Jumbo Privacy, speaks to this exact issue. Techlash is available on Apple Podcasts, Spotify, or wherever you get your shows.