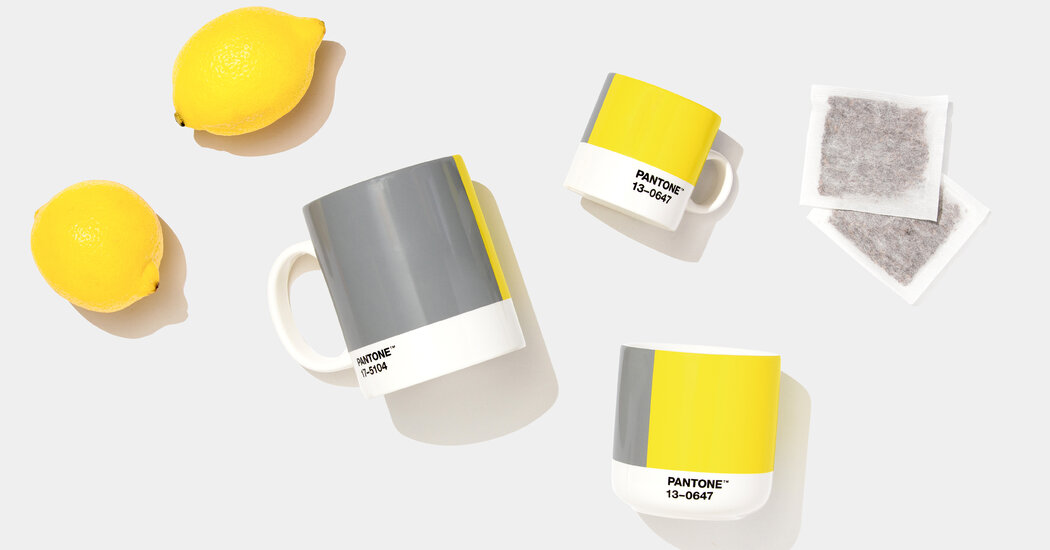 There is general agreement on very little in this world, save, perhaps, for one thing: This year has been a mess, and the next one cannot come fast enough.

So it should be a surprise to no one that the prognosticators at Pantone — those trend forecasters who scour the globe for months noting developments in clothing, cars, kitchens, coffee (the stuff that surrounds us) and translate it into a color they claim will be the dominant shade of the coming year — have chosen, as the color of the year for 2021 … two colors!

Which does not represent indecisiveness, but a metaphor. Get ready for Ultimate Gray and Illuminating. Or, in normal-speak: the light at the end of the tunnel.

After Living Coral in 2019 and Classic Blue in 2020, this may not be what anyone expected (that might have been “grim black”), but it might be what everyone needs.

“No one color could get across the meaning of the moment,” Laurie Pressman, the vice president of the Pantone Color Institute, said on a call. “We all realized we cannot do this alone. We all have a deeper understanding of how we need each other and emotional support and hope.”

No one ever pretended color theory was subtle. Besides, the choice does represent a step forward, of sorts.

This is only the second time in the 22 years that Pantone has been choosing a color of the year that two colors have been selected. The first time was in 2015, when Rose Quartz and Serenity were chosen (which is to say, pink and blue for 2016). That year, the two shades were meant to blend into each other, reflecting the recognition of gender fluidity and social progress. But this year, the two shades are meant to stand on their own, as complementary tones, supporting each other.

It is also the first time that a gray has earned the honor, and only the second time for a yellow. As it happens, both shades were added to the Pantone color wheel earlier this year, along with Period Red. Imagine if that one had won out.

Both Ms. Eiseman and Ms. Pressman said they did not start the process with a two-color result in mind, but they realized early on that the stakes around the choice of color for 2021 were very high and might demand a new approach.

Not just because choosing a single anything to represent what’s next after a year of historic crisis could seem a fool’s errand. (Who knows what’s next?!) But because the question of consumption, which is intrinsically linked to Pantone’s choice, and its status as a marketing stunt, is itself fraught. Also because no one could move around as they had in the past to sleuth out what was happening in the color universe. Ms. Eiseman, for example, said she had not been on a plane since February.

Still, between the internet and the Pantone teams in almost 30 countries, the direction things were going was fairly certain by midsummer.

The prognosticators began by acknowledging the shades of gray in which we have all been immersed. Indeed, of all the grays in the palette, Ultimate Gray is a determinedly neutral kind of gray. It is not the dark gray of gathering storm clouds or the dour gray of institutional sameness or the dim gray of skulking in the shadows or the soft, luxurious dove gray of Dior, but a more solid, granite-like gray. The kind of gray of wisdom (gray beards!) and intelligence (gray matter!) and construction.

One person’s dependable is another person’s depressing, however, which is where Illuminating comes in. It’s not the egg yolk-like yellow of Mimosa, the color of the year of 2009, nor an acidic or highlighter yellow, nor the “go into the light” yellow of the afterlife, or sci-fi adventure, but more of a sunshine, or smiley face, yellow.

It would be easy to think that the whole “working together” aspect of the messaging includes a quasi-political subtext, as we come out of an administration marked by party standoffs, rather than compromise, but Ms. Pressman said that was not the point.

“It’s about our minds resetting to what’s really important,” she said.

The choice is also, of course, about selling. Get ready for the “Get the color of the year look!” emails that inevitably ensue.

Still, news of the coronavirus vaccine has reinforced Pantone’s selection. Even in the gray sameness of our current days, the future does look a whole lot brighter. Illuminated, even.

21 Badass Black Jeans To Wear With Everything You Own