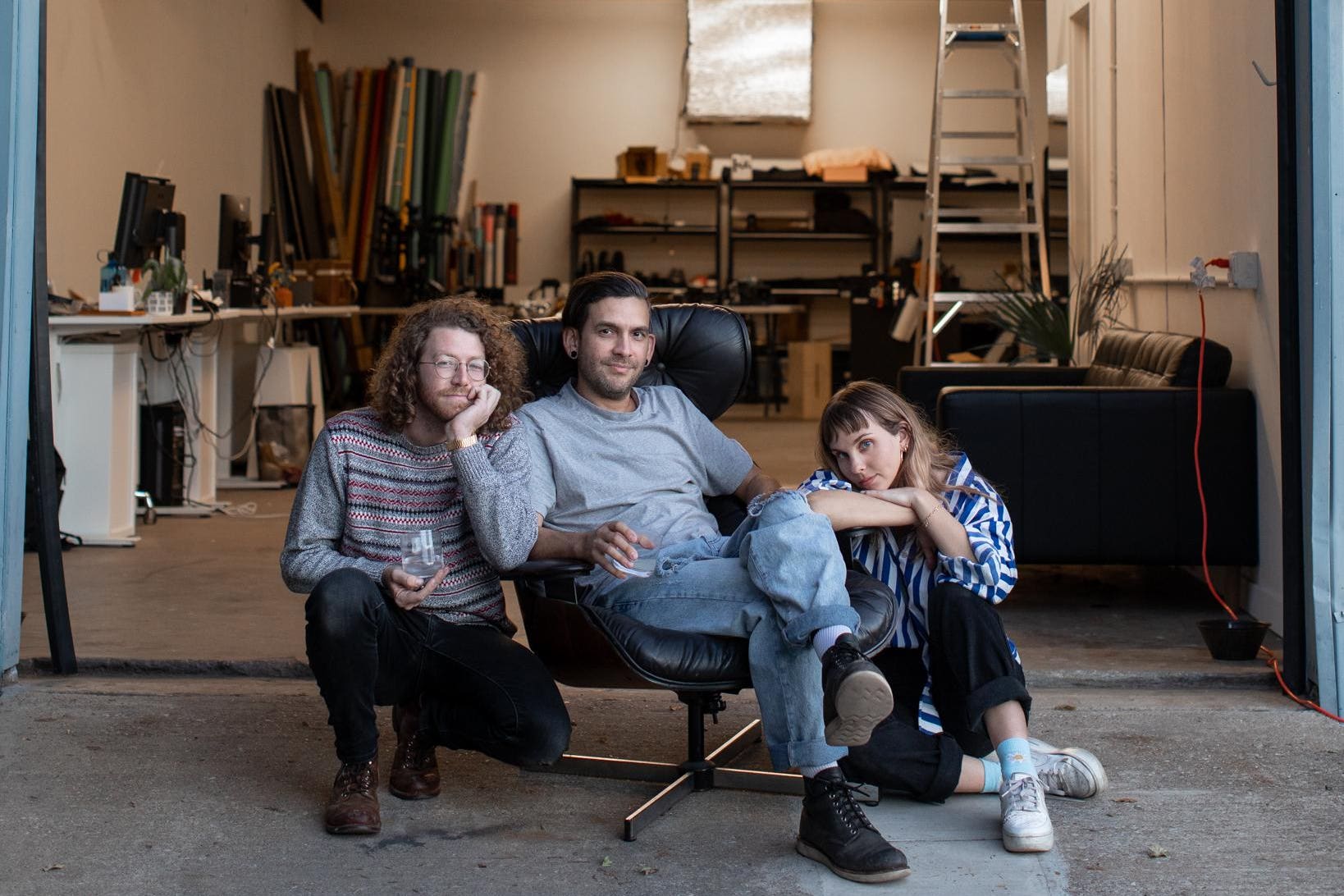 2020 has been a year of seclusion as COVID-19 forces many to keep their circles really, really close, like staying-at-home, ordering-groceries-online, and virtual-happy-hours-only close.

Austin photographer Marshall Tidrick was feeling the isolation quickly into the pandemic, but knew he needed to be responsible.

Thus, he started his “front porch-trait” series at the beginning of April, where he would take more than 110 socially-distanced photos of roommates, friends, friends-of-friends, and strangers.

“The idea was born from several converging ideas: the desire to see the people I love, to make portraits of those people, and to fulfill myself through working on a meaningful project,” Tidrick told me via email. “That said, I had NO idea what it would be. I thought I’d do maybe 15-20 of these, but those were back in the days when we thought this whole thing might only last a few months! Now I’m on number 113, I think, with no intention of stopping.”

The first caption in the series was a simple one announcing the plan for the series, but it has since transformed into sharing short stories about the people he captures. Stories about how they’re coping during the pandemic, how they’re filling their time, and how him coming to take their photo gave them an excuse to get out of sweatpants.

“It has been an incredible learning experience for me. I have learned so much about how different people have been pushing through this very difficult year,” he told me. “I’ve learned many things about people who I would maybe only see in passing at social events or coffeeshops maybe once a month, and I’ve really appreciated the opportunity to get to know these wonderful people in a deeper way that this project has given me.

“The real surprise to me has been how much people have enjoyed it. I honestly had no idea that people would be able to identify with it and get joy from learning little bits about our Austin community through the meandering stories in the captions I write. It makes me so happy, and really drives me to keep it going,” Tidrick told me.

A month into the series, Tidrick was rocked by the murder of George Floyd and decided to pivot the series and added an aspect of donating a portion of the series’ funds to organizations fighting for racial equality and justice. So far he’s raised about $1,900 toward “various organizations that are aligned with those values.”

“After George Floyd was murdered on May 25th, I took a break from the series and switched to participating in and documenting the protests around Austin,” he told me. “I also thought a lot (and continue to think) about my role in this moment in history, and how I can best do work to fight for racial equality and justice. In the short term, I figured that I could dedicate proceeds from the project as donations to various organizations that are aligned with those values.”