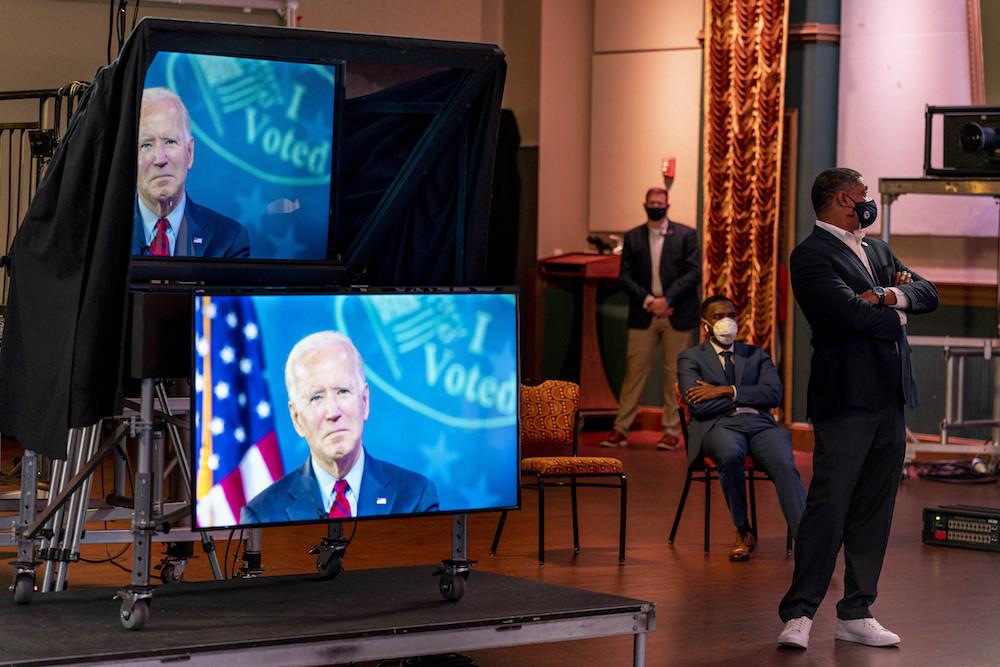 Google is facing a lawsuit from the U.S. government, with a Facebook lawsuit on the way. The departure of Ajit Pai as chair of the Federal Communications Commission could lead to the restoration of net neutrality protections, preventing Comcast and AT&T from charging to deliver content through its broadband pipes. Countless other corporations have business before the federal government, from hospitals to banks, from pharmaceutical manufacturers to insurance and real estate companies, and many more.

All these corporations can now give up to $1 million, directly, to support the inauguration of Joe Biden and Kamala Harris in January. Presidential inaugural committees (PICs) are unlike political campaigns in that they can take direct corporate contributions. The Biden committee, announced on Monday as a 501(c)(4) nonprofit, allows corporate donations up to $1 million and donations from individuals up to $500,000. Moreover, we won’t know the identities of these donors until 90 days after the inauguration.

Corporate-underwritten inaugurals have become a bipartisan norm in recent years. President Obama took corporate money for his second inaugural (though not for his initial one in 2009), and Donald Trump broke all records for corporate contributions at his 2017 event, raising $107 million, twice as much as any previous inaugural, despite holding far fewer events than inaugurals usually do. We still don’t know what Trump’s inaugural spent the money on, and to this day there’s an active lawsuit from the D.C. attorney general, Karl Racine, for alleged misuse of funds.

“It’s excessive and wholly unnecessary. Most of the events are going to be on Zoom.”

The Biden inaugural will be markedly different than its recent predecessors, however, which makes the high-dollar buckraking all the more conspicuous. That’s because it’s highly unlikely that there will be any large expenses.

Inaugural funding is usually put toward the production of gala balls, crowd control and port-a-potties on the National Mall, the staging of associated inaugural events, and the like. During the pandemic, with large indoor gatherings altogether out the window and probably large outdoor gatherings as well, none of those things are likely to be happening. There are livestreaming production costs, but those are relatively modest. So what exactly will cost millions of dollars?

“It’s excessive and wholly unnecessary. Most of the events are going to be on Zoom,” says Craig Holman, ethics and campaign finance expert for Public Citizen. “I was expecting Biden to return to the very noble inaugural that Thomas Jefferson had: he walked to the Capitol, gave his speech, and walked home.”

Of course, Holman notes, corporations give to the inaugural committee for ulterior motives. “The donors aren’t giving so Biden can have a great inauguration,” he says. “They’re giving to befriend the president and his inner circle. This is perhaps one of the most obvious ways where corporations can chip in money at the feet of the president to ingratiate themselves.”

Your donation keeps this site free and open for all to read. Give what you can…

The Prospect reached out to the Biden-Harris Presidential Inaugural Committee, headed by Tony Allen, the president of Delaware State University, a historically Black college. The committee did not respond to a list of questions, but only referred back to language on the donation page on ActBlue.

That fundraising page states that the committee will not accept donations from registered lobbyists, registered foreign agents, or “fossil fuel companies (i.e., companies whose primary business is the extraction, processing, distribution or sale of oil, gas or coal), their executives, or from PACs organized by them.” The rules are similar to those Biden followed during the presidential campaign.

Other corporations, trade organizations, and wealthy donors can give money, however, and essentially kiss the ring of the incoming administration. “It’s laudable that the Biden administration is refusing money from the fossil fuel industry,” said Brendan Fischer of the Campaign Legal Center, a money-in-politics group. But “doing so seems to be an acknowledgement that Big Money buys influence or creates the appearance of buying influence. So why limit yourselves when there are other rent-seeking industries out there?”

Disclosure rules require the release of donor names 90 days after Inauguration Day. However, there’s no requirement to list how the money is spent. And it’s even more difficult to decipher what promises may be made in exchange for the contributions.

In a press release Monday, the inaugural committee stated that it would be “prioritizing keeping people safe and preventing the spread of COVID-19 while engaging all Americans.” Allen, in his statement, acknowledged that “this year’s inauguration will look different amid the pandemic, but we will honor the American inaugural traditions.” Incoming Biden chief of staff Ron Klain has also suggested a virtual inaugural.

The District of Columbia is currently experiencing moderate community spread from coronavirus, with over 21,600 cases since March. The district is under a travel advisory, where travelers must limit their daily activities for 14 days upon arrival, making a mass entry of inauguration watchers from around the country impractical. Mayor Muriel Bowser has also placed a ban on indoor gatherings with more than ten people and outdoor gatherings with more than 25, so the prospect of hundreds of thousands watching the festivities on the National Mall during the day, or the elite hobnobbing in ballrooms at night, would be illegal under current district ordinances.

The inauguration is only 50 days away, and given the limited vaccine distribution in even the best-case scenario, it’s unlikely the contagion level or ability to congregate will change between now and then.

The Trump inaugural is unmatched in the degree to which inaugural contributions translated into self-enrichment for the president and his cronies, and lucrative government policies for the donors. Out of that massive $107 million haul, the Trump inaugural committee donated just $5 million to charity after the fact. A year after the inauguration, the committee revealed in its annual disclosure form that $26 million went to a longtime friend of First Lady Melania Trump’s event-planning firm.

Private prison companies GEO Group and CoreCivic each gave $250,000 to the Trump inaugural. By the time the public found that out, Trump’s Justice Department had rescinded an Obama-era ban on private prisons for federal incarceration facilities. This level of quid pro quo was endemic to the Trump era, and much of the money flowed through the inaugural committee.

Your donation keeps this site free and open for all to read. Give what you can…

Experts don’t expect that level of naked corruption from the Biden inaugural. But if there’s no real event to fund, it calls into question the rationale for contributions from corporate donors.

“That’s the taint with the whole thing,” says Holman. “Any time you go outside reasonable contribution limits and allow wealthy individuals to give half a million dollars, it’s not because they want to see a great TV show.”

Renault Kwid gets dual airbags on all variants