The Dell G5 5505 comes with an overall durable build. The back of the laptop has hard plastic (in off-white colour) as outer covering that continues along the side edges where the ports are. Despite the material used, it is a sturdy build and makes for a slightly unconventional gaming laptop look with the colour combination of black and off-white.

The keypad is not exactly in the middle and is situated a little more to the left. The chassis allows the wrists to settle comfortably on them. The display is connected to the chassis very securely at the hinge. The screen is less than 2cm in width and its thickness is uniform throughout. This arrangement makes for a very sturdy hinge design. 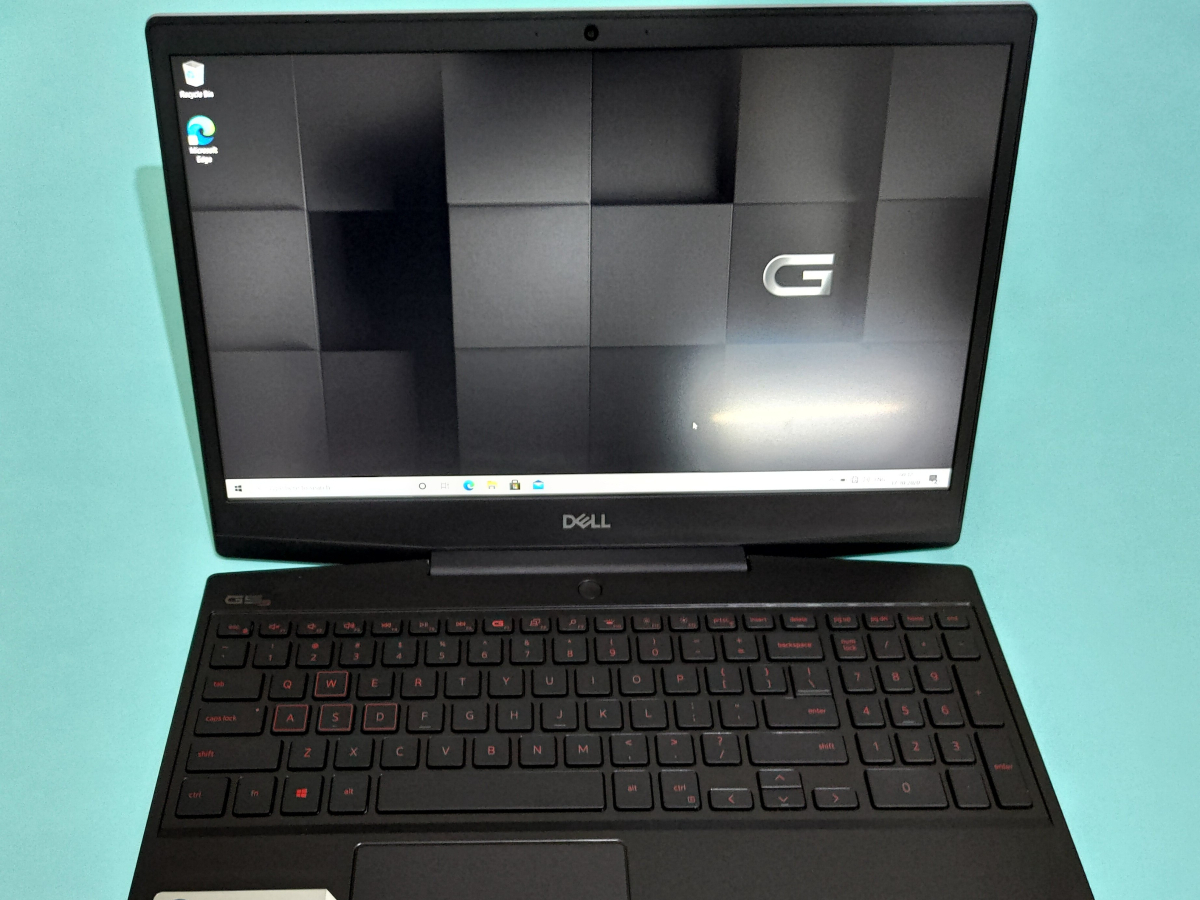 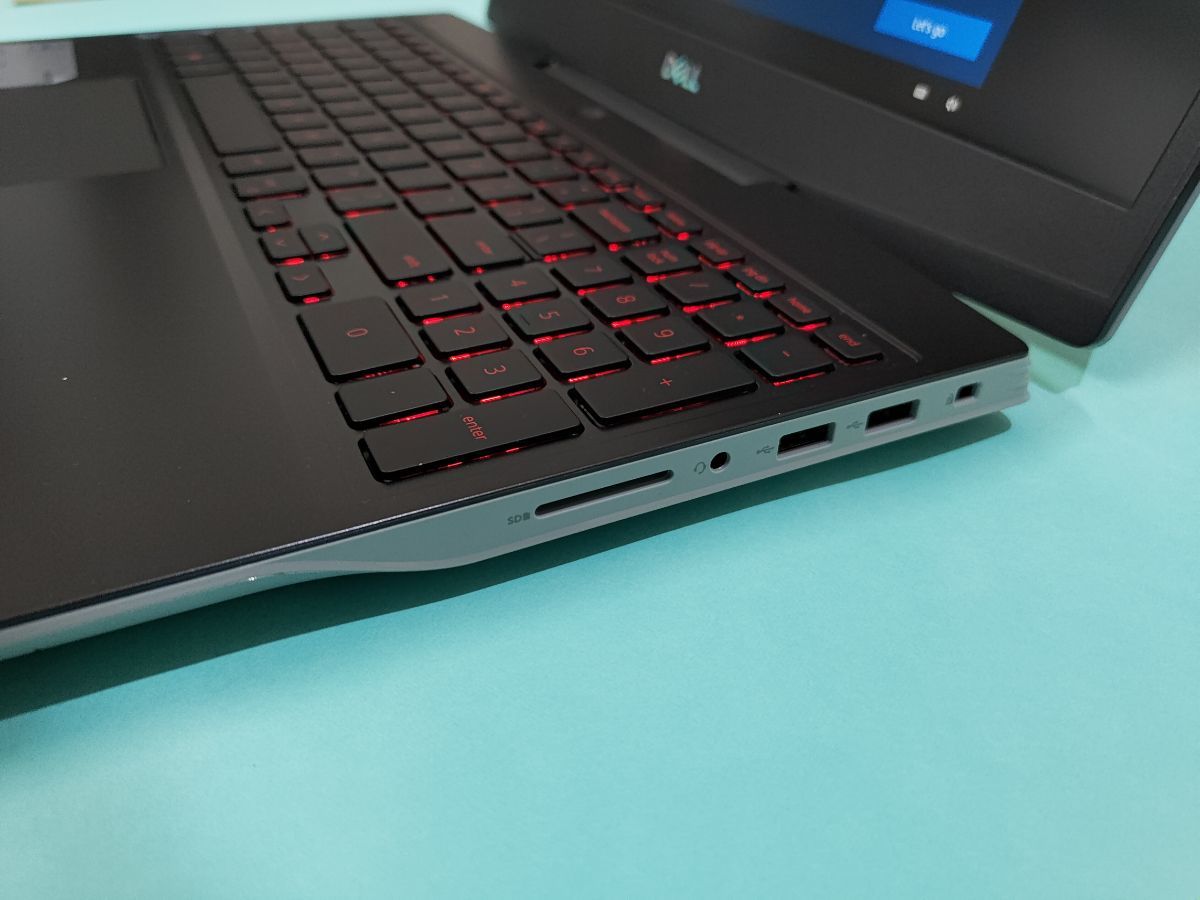 The back of the laptop has been given four rubbery grips on each corner that grip the surface on which the laptop is placed, thus preventing it from sliding or slipping. That kind of belying insurance is needed considering the plastic build of the laptop and it works. Yet, even with the plastic body, the Dell G5 5505 gaming laptop looks stylish and unique in a world abounding with gaming laptops with premium builds.

The Dell G5 5505 features a 15.6-inch full HD display with a maximum resolution of 1920 x 1080 pixels. It is an anti-glare display with quite an accurate colour reproduction. The display accounts for some space for the bezels all around it, which is about 2cm on the left and the right and almost double of that towards the top and bottom. 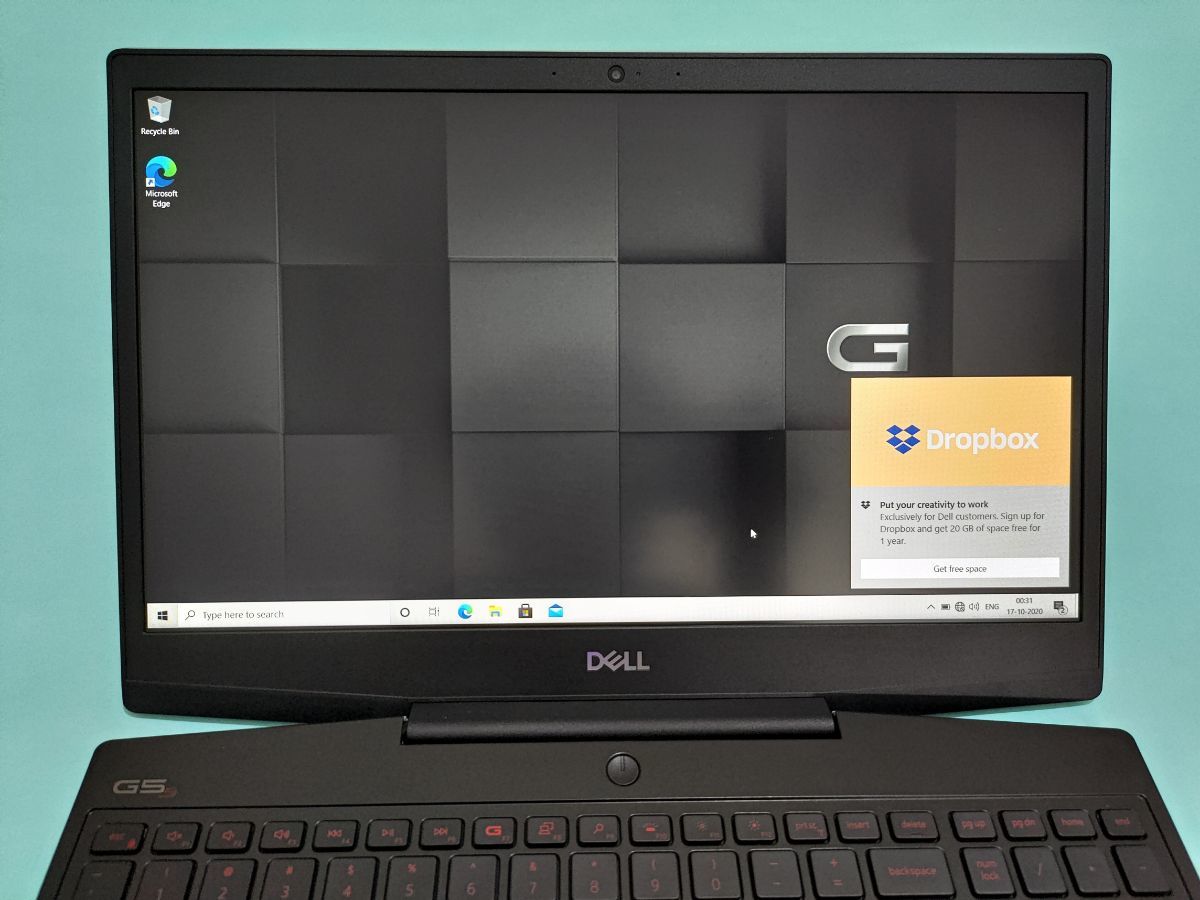 The laptop managed to run The Witcher 3: Wild Hunt at the highest graphics possible (yes, with the Nvidia Hairworks enabled) quite well. However, at some points during the battles with monsters, the fluidity of action seemed to slow down for a little bit. By turning off some of the settings like anti-aliasing, the issue was resolved.

The graphic details in the game were stunning in maximum possible settings, like the one in the image below, showing Geralt swimming with a setting sun in the backdrop. With each arm stroke chopping the waves smoothly and elegantly, it rendered the virtual exploration in a clear, lag-free manner. 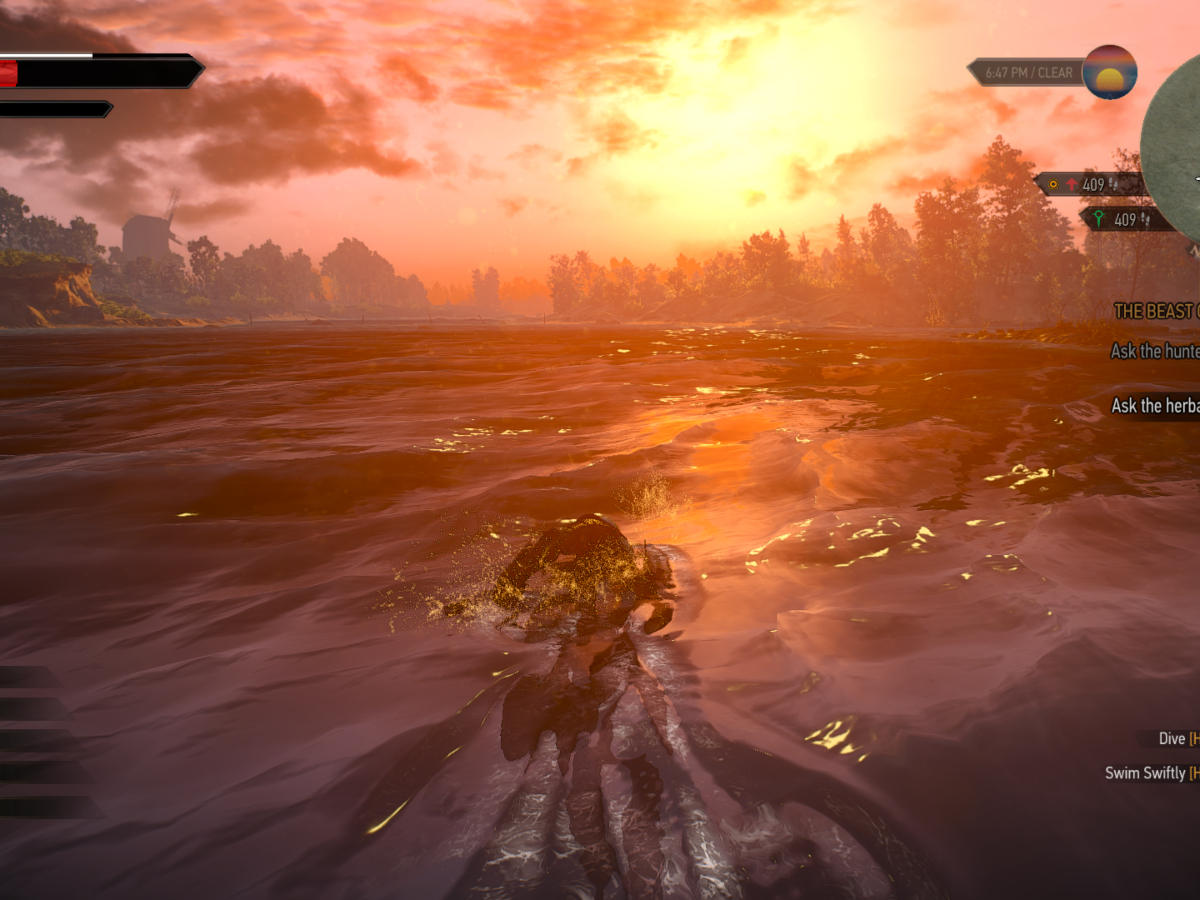 Age of Empires 3: Definitive Edition was the next game we tried on the Dell G5 5505. The Definitive Edition of the classic real-time strategy game comes with a huge graphics overhaul. One of the clearly noticeable features in the game is the new explosion and gunfire effects. At the maximum graphics settings, the game ran well for the most part in an online Steam match versus a computer opponent though it did lag for some seconds when the cannons and the outposts began firing at the enemy troops and villagers. With the graphic settings lowered, the game ran well without any signs of slowing down in online matches.

When using the laptop as a non-gaming machine and just doing some work on non-graphic, light applications on battery power, the area between the top edge of the chassis and the top of the keyboard stays warm, with the warmness a little less in the keyboard area. The part of the chassis below the keyboard does not even get warm during the whole time you are on the laptop and it is a relief to work comfortably for long hours. We say “long hours” because of the battery of the laptop on non-graphic intensive applications like the ones from Microsoft or Google Suite, the laptop averages for about 4-5 hours on battery life, which is quite good for a gaming laptop that you want to double up as an office workstation.

The battery takes about an hour and 10 minutes to charge to full and the drainage is not fast when using the laptop for light tasks. However, with a AAA game on at maximum settings, the battery depleted to half in about 40 minutes when we played the game just on battery life. 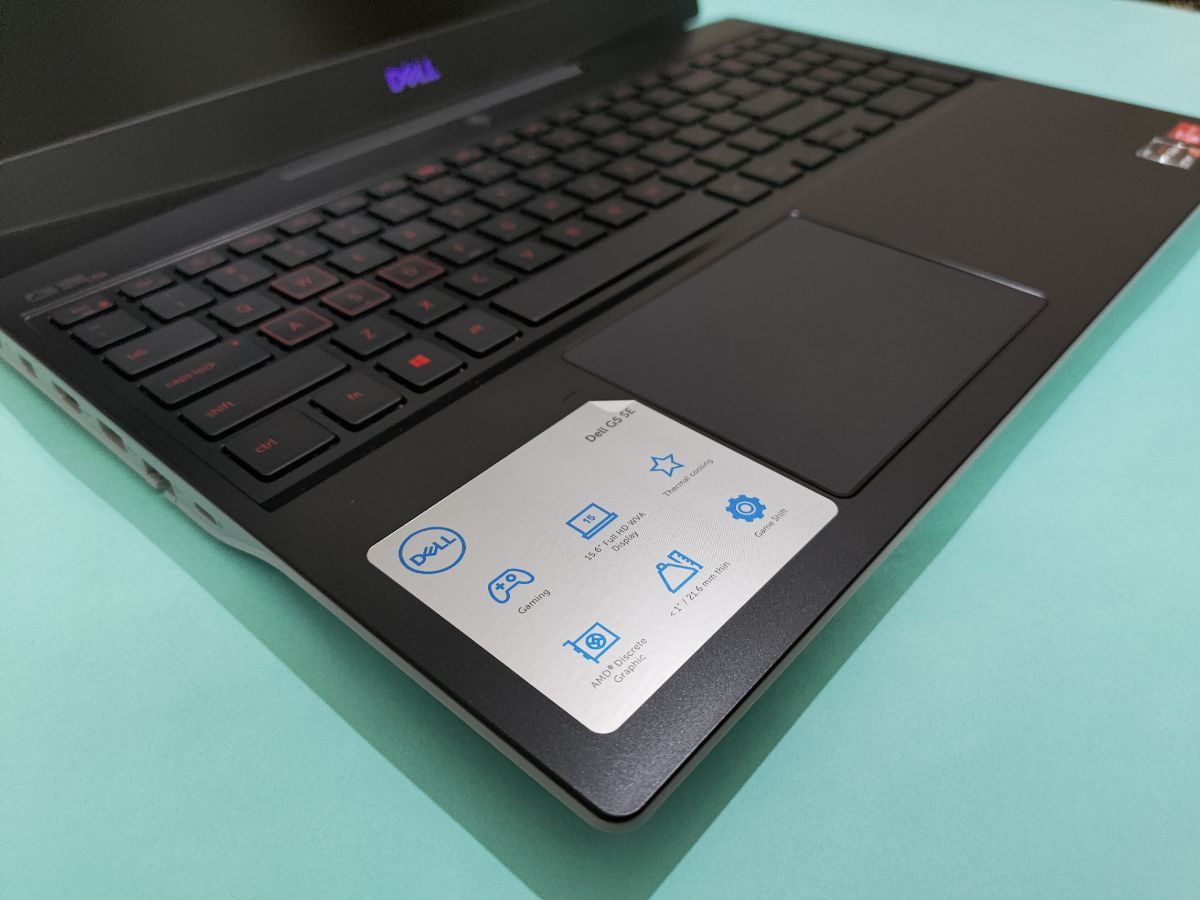 The heat dissipation on this machine is quite effective. The keyboard just gets slightly warm even after 2-3 hours of continuous gameplay and it stays that way. The part of the chassis above the keyboard gets heated up but you would not be touching that area during gaming. The part of the chassis below the keyboard is unaffected by the heating. So, the gist is that there are no heating issues to bother you during gameplay. The heat dissipation vents lie on the top edge of the chassis, on each side of the hinge mechanism.

The audio output of the device is well suited for a small room. When gaming with the speakers on in such an environment, the sound is loud enough to be called immersive. We also liked watching YouTube videos and films on the laptop with the speakers blasting at full. And, yes, there is very low distortion when the volume levels are jacked to the maximum. For gaming purposes only, the speakers do the job nicely.

The Dell G5 5505 is a competent machine for gamers. It has a sturdy build, excellent heat dissipation and loud audio capabilities. With the highest possible graphics settings in graphically demanding games, there might be some moments of lag during gameplay but with the settings slightly toned down, the games run smoothly. For first time buyers who want a budget gaming machine from the house of Dell only, this product could do the trick for them.